But just as quickly, Oleksa’s fate changed again. He and a number of other imprisoned Ukrainians were hustled aboard a military transport plane and flown to Sevastopol, a port city in Crimea and the site of a major Russian base. The next day he was driven two hundred and thirty miles to a bridge at Kamianske, the same place where Fedorov, the mayor, was freed and released in a prisoner exchange.

Svetlana Zalizetskaya is a one-woman media institution in Melitopol, a gadfly and a muckraker who worked as a journalist in the city for two decades. She has served as a television news anchor and editor of a local newspaper, and for the past nine years has overseen her own news site, RIA-Melitopol, which reports on everything from local crimes to the harvest of cherries.

RIA-Melitopol also became the main source of information about the occupation. When Russian troops first took control of the city, Zalizetskaya tried to understand their intentions. “Nobody explained anything – they just stuck to themselves,” she said. The site has since tracked which of the locals agreed to collaborate with the Russian-installed administration, and revealed multiple cases of corruption and theft, such as the three million Ukrainian hryvnia – about one hundred thousand dollars – which the Russian troops took away. a post office in April.

Before Danilchenko was announced as acting mayor, she invited Zalizetskaya to a meeting. Danilchenko seemed eager to help the Russian military command. “The old city administration didn’t give me a chance,” Danilchenko said. She also told Zalizetskaya to think about collaborating with Russia: “If you join us, you will have a brilliant career. You can go up to Moscow. Zalizetskaya balked. “I love Ukraine,” she said. Nevertheless, Danilchenko replied, Zalizetskaya should meet with the Russian commander, who wanted to see her. “If I had walked into that meeting, I wouldn’t have walked out of it,” Zalizetskaya told me. “I understood that it was time to leave.”

Zalizetskaya escaped Melitopol unnoticed, decamping to a Ukrainian-held town she asked me not to name. She managed to make RIA-Melitopol work, analyzing social media posts and relying on a network of sources in Melitopol. But even from a distance, the Russian authorities decided to silence her. On March 23, about a week after he left town, Russian soldiers showed up at his parents’ apartment, ransacked the rooms, confiscated the couple’s cell phones and arrested his father. Around ten o’clock that evening, Zalizetskaya received a call from him. She asked where he was. “In a basement,” he replied.

Zalizetskaya could hear a man’s voice with a Chechen accent. (Many of the Russian troops in Melitopol are Kadyrovtsy, so named for their allegiance to Ramzan Kadyrov, the leader of the Chechen Republic, and known for their violence and brutality.) “Tell her she should be here,” said said the Chechen. Zalizetskaya was terrified, but also furious. “You are holding a pensioner in poor health,” she said. Her father had heart disease and had recently suffered a stroke. “I will not return and I will not collaborate with you.” The Chechen hung up the phone.

Two days later, Zalizetskaya received another call from her father. He started reciting what sounded like a prepared text: “Sveta, nobody beats me here, they treat me well, everything is fine.” She asked if he had access to his medication; He said no. She begged his captors to release him. She heard a soldier in the background say, “Tell him not to write bad things anymore. Later that evening, she received a call from a man who introduced himself as Sergey. From the content of his questions, Zalizetskaya assumed that he belonged to the Russian secret service. He was interested in how his news site worked: who owned it, what interests he represented, and what his sources of information were. Sergey said Zalizetskaya should cooperate with Russian forces or, failing that, hand over the site to them. “You know what you write about Russian soldiers is not true,” he told her. “They’re not like that.”

Finally, Sergey offered a compromise: if Zalizetskaya wrote a public message saying that the site was not hers, her father would be released. “The site belongs to Ukraine, yesterday and today,” Zalizetskaya told me. “I have not cooperated with the occupiers and have no intention of doing so.” But she wrote the message and thirty minutes later she received a text message asking where she wanted her father delivered. At home, she replied. The next morning, Zalizetskaya received a photo of her father standing in his front yard.

In early April, as Russia’s occupation of Melitopol stretched into its second month, Danilchenko tried to project an air of normalcy, reopening the rink and resuming municipal services. In an interview with Crimean media, she thanked the Russian military for entering the city “so smoothly and carefully” and liberating it from the “kyiv regime”. She often spoke to residents in a tone that sounded like a parent trying to sound sensible and convincing to their children. In a video address, she announced that the city was replacing Ukrainian television channels with Russian channels. “These days we feel a severe shortage of access to reliable information,” she said. “Reconfigure your TV receivers and get accurate information.”

Almost all supermarkets were closed, not to mention cafes and restaurants. The pharmacies were short of medicines. Ukrainian authorities attempted to send humanitarian convoys with food and medicine, but Russian soldiers intercepted them and seized their contents. An open-air market was still operating daily, offering meat and fresh produce, but access to cash was almost non-existent, a particular problem for pensioners who receive their monthly payments by bank card. Danilchenko promised a transition to Russian rubles, but little change was available in town. Gasoline was scarce and expensive; Russian soldiers and speculators moved to corner the black market, selling canisters of fuel by the roadside.

Local businesses, especially those in the city’s agricultural sector, began reporting major thefts. Russian troops broke into the showroom of one company, Agrotek, and took more than a million euros in agricultural equipment, including two state-of-the-art combines, a tractor and a seed drill. A few days later, GPS trackers showed the stolen items were in a rural area of ​​Chechnya. According to Fedorov, the new authorities forced grain growers to give up much of their harvest and ship it across the border to Russia in truckloads.

Communications slowed down. Mobile service interrupted. Residents stood with their phones outside long-closed cafes whose Wi-Fi connections were still active. One afternoon I joined Mikhail Kumok, the editor of a local newspaper called the Melitopol Vedomosti. He too had been briefly detained by a contingent of armed Russians. He was taken from his apartment to the Russian army headquarters for an interview with FSB officers. “They asked me for ‘informational cooperation’,” he recalls. Over the next few hours, FSB agents pushed Kumok to use his diary to produce “favorable coverage of events” in town. He refused. “I don’t see anything favorable here,” he said. “And you won’t allow me to write about what’s really going on.” Rather than publish lies, he shut down the newspaper. “They made it clear that whatever I think is happening now, things could still get worse for me,” he said.

A few days later, the Russian occupiers began printing counterfeit copies of Kumok’s newspaper, which they used to spread propaganda in the city. One issue featured a portrait of Danilchenko on the front page. “Melitopol is getting used to a peaceful life,” she said in an accompanying interview.

Occupation authorities paid special attention to schools in the city, which had been closed for in-person classes since the first day of the invasion. Many students and their families had left the city; others were studying online, joining classes elsewhere in Ukraine. The basements of a number of schools had been turned into bomb shelters. The reopening of the facilities would be a way to signal to the inhabitants of Melitopol that life was returning to normal. It would also provide a forum for a central aspect of the invasion, namely the installation of Russia’s preferred version of Ukrainian history and ideology.

Artem Shulyatyev, the director of a performing arts school in Melitopol, told me that he was visited by an FSB officer, who introduced himself as Vladislav. The conversation started off politely enough. “You are ruled by fascists,” Vladislav told him. “They oppress the Russians. But that’s wrong, and we’re Slavic brothers. Shulyatyev replied that he did not think there were fascists in Melitopol. “You don’t understand anything,” Vladislav said. “You don’t know the world plans of the fascists.” He then asked if the school had a library and if it contained Lenin’s collected writings. “These are very important works,” he said. Shulyatyev said there was no Lenin to hand, but, again, why should a performing arts school have his works? “Lenin neither danced nor sang.” 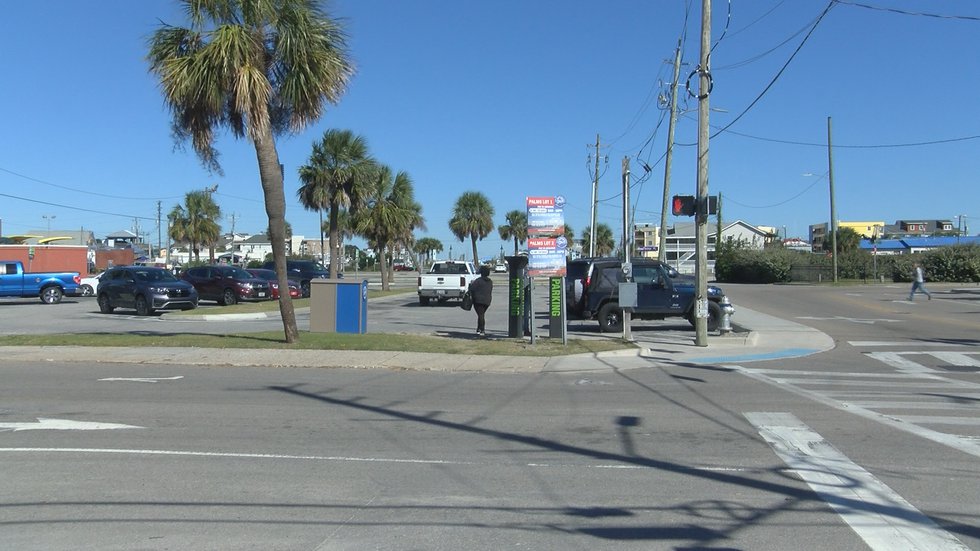 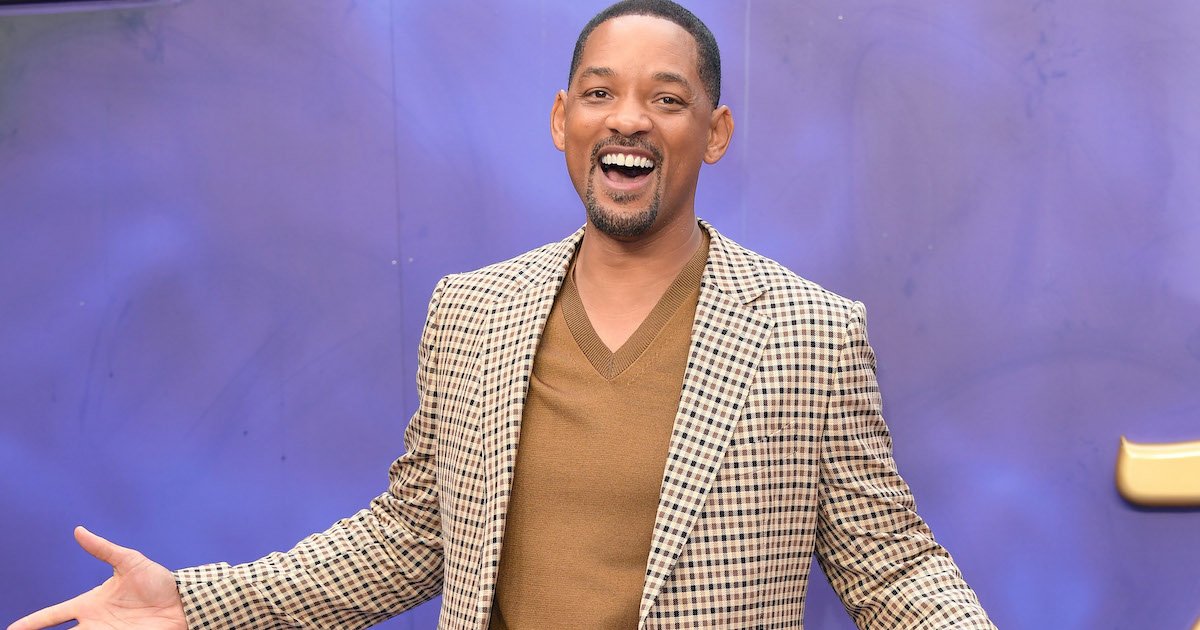