Two directors of the local municipality of Mnquma presiding over hearings for fraud and corruption against three managers of the municipality, live in fear after being shot attached to their photos with a message that read: “You are next”.

Ammunition from the automatic rifle, photos of the men and the handwritten message on a piece of paper were inside two brown envelopes that were placed on the doorstep of the officials’ homes on Friday.

Mnquma local municipality spokesman Loyiso Mpalantshana said officials were preparing to go to work on Friday morning when they received the packages.

The bullets were affixed with duct tape on the photos of the senior officials.

The municipality said the photos had been removed from Caga and Kibi’s WhatsApp profiles.

The duo, whose WhatsApp profile photos were attached to the bullets from the envelope, are currently presiding over disciplinary hearings for at least three commune officials who are facing an internal investigation into charges of fraud and corruption, negligence. Each of the photographs contained a frightening note with the words: “You are next”.

City manager Silumko Mahlasela said the municipality would not be intimidated by carrying out its constitutional mandate.

Mahlasela said they would continue to perform their duties without fear, favor or prejudice.

Anyone who violates internal policies will be treated equally and in accordance with the requirements of the law.

He referred further questions on criminal matters to the police.

Mpalantshana said the municipality provided Caga and Kibi with bodyguards and enhanced security around them around the clock.

Kinana said: “The circumstances surrounding the incidents are part of the investigation and the police are continuing to investigate.”

Speaking to News24 on Tuesday from an undisclosed location, Caga said the incident left him, his wife and three children scared and shocked.

“Part of my job is to ensure compliance and take action against violators who violate municipal laws by applying consequence management and in the back of my mind I have always known that I will face resistance from those who think they are above the law, never expect it to be in the form of death threats, ”Caga said.

Caga said that as the head of his family he had no choice but to be strong for them.

“We are all facing this difficult situation. Myself, my wife and our children are scared and shocked by this incident, but we are coping,” Caga said. 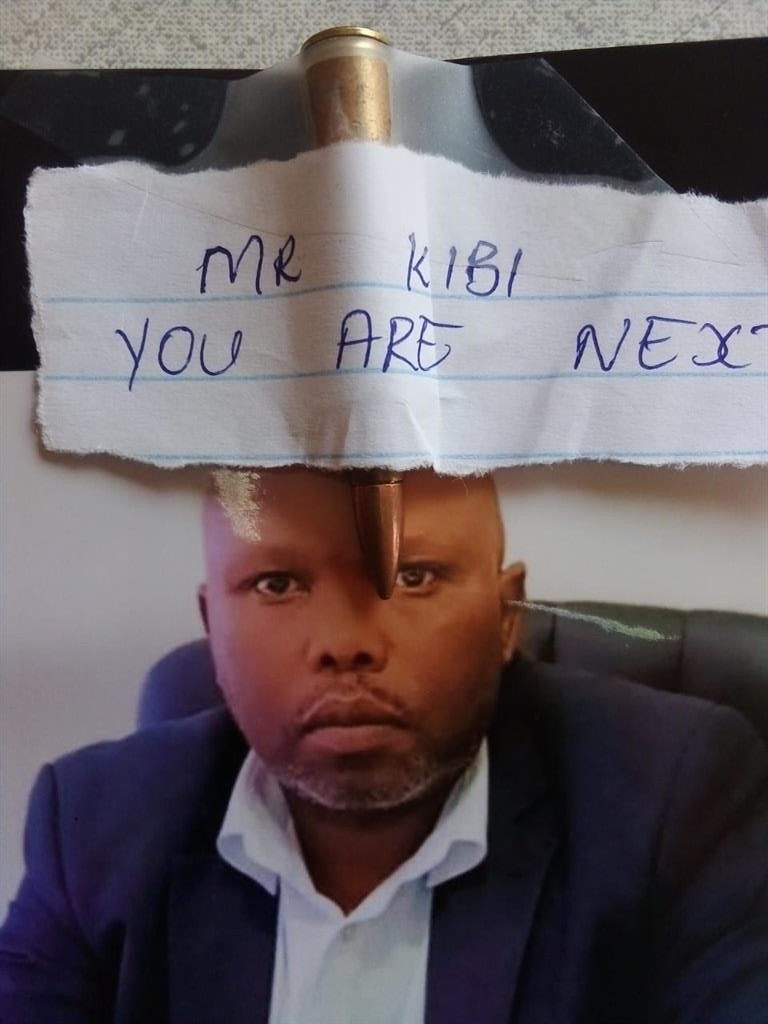 Mnquma Municipality General Services Director Siphiwo Caga’s attorney said he and his family were frightened and shocked after receiving the frightening message.

Provided by the Municipality of Mnquma

Kibi said the envelope containing the bullet was picked up at the door by her 12-year-old son, who was on his way to school, who then handed it to his mother.

“My wife sat down next to me and opened the letter. She was very shaken. We are both shaken. I fear for my wife and my three children,” Kibi said.

He added that the threats would cripple service delivery, as the free movement of labor in his department was now moving at a very slow pace.

Kibi said because the suspects were in the municipality, he canceled meetings, including community engagement programs that would expose him to many people.

“Service delivery will be affected. Security has been tightened in my office. I am no longer easily accessible as before. Everyone is treated as a potential instigator. There are metal detectors in my office,” a said Kibi.

“It’s not easy to live with a ball hanging over you. You are constantly worried that it could hit you at any time,” Kibi said.

We want to hear your take on the news. Subscribe to News24 be part of the conversation in the comments section of this article.

Next Boy searches for ghost town of Baghdad, found near Crandon // WJFW Newswatch 12